Logging Permits are Secret! In Malaysia 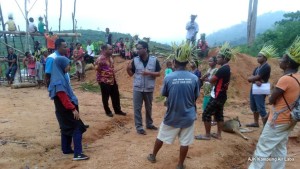 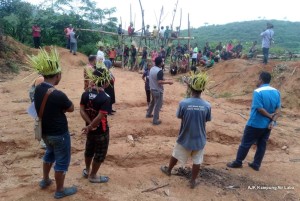 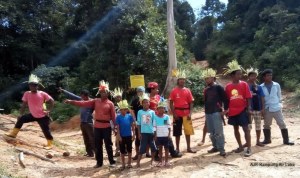 The Temiars of Kampung Sungai Papan/Air Laba/Ong Jangking raced down to their blockade site when they saw a couple of bulldozers attempting to ram through them on Thursday, 18 July 2019.

The villagers engaged in a verbal battle with the loggers, led by one self-proclaimed toughie named Afiq, who has been responsible for the on-the-ground operations for logging in the whole area since late last year.

Both parties said they would report to the police. The next day, the police did go to the blockade site, but with the loggers. They also came brandishing handcuffs threatening to arrest anyone who resisted the loggers.

By a stroke of good fortune, the State Director for JAKOA-Perak was making a planned visit to the settlement (to get information on the issues of forced contraception and Islamization raised by the Gerik Temairs during their visit to parliament the week before).

The Jakoa director intervened in the confrontation, and asked for, as did the Temiars earlier, for their logging permits and other authorizing papers. None were produced.

He then proposed that the Temiars meet the Forestry Department and other parties in Ipoh the next day at the Jakoa office.

On Friday, 19 July 2019, Jakoa-Gerik facilitated the travel of 4 Temiar representiatives to Ipoh. They met an officer of the Perak Forestry Department in the Jakoa office.

We are told that when asked to see the logging permits, the Forestry officer said such permits were ‘Rahsia’, secret. He also did not give satisfactory answers as wo why no consultation was done with the villagers before the logging permits were issued, or why no signboards were put up. All of these were not in accordance with the criteria of the Malaysian Timber Certification Scheme.

The Temiars have lodged a police report on this matter this morning. And are prepared to defend their blockade and their customary lands.

The battle is not in their favour now, as the loggers are further emboldened with the forest department (and the police) on their side now. Even the Jakoa director conceded that they can expect what happened to Cunex to happen to them.