PETALING JAYA: Malaysian track star Shereen Vallabouy has emerged queen of indoor 400 metres in second-tier US college athletics but there is silence in Malaysia over her stunning achievement.

Her win was spectacular: nearly 300 teams and over 1,000 individual athletes contested the women’s indoor 400 metres title at the start of the 2021-22 US National Collegiate Athletic Association (NCAA) division II track and field campaign.

Last Saturday, Shereen, 23, was the best of the best 400-metre racers, running with panache to set a new championship mark and a Malaysian record of 53.79 at Pittsburg State University, Kansas.

Her achievement followed an outstanding indoor campaign in which she ran 54.94 last month to rewrite the 12-year-old Northern Sun Intercollegiate Conference record.

Shereen is the first Malaysian female runner to go under 54 seconds in indoor 400m, breaking the national record of 54.58 by Noraseela Mohd Khalid in 2006. 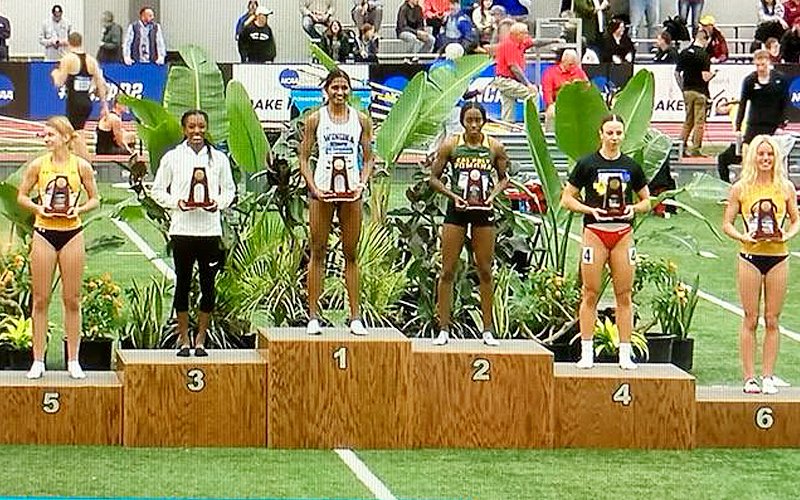 Besides being the first international student athlete to accomplish this feat, Shereen drew glowing reviews in the US for her record-breaking senior season.

Malaysia was on mute mode even as Shereen’s accolades showed just how far fearlessness and ambitions can go.

Her feat should have brought some degree of optimism to Malaysian athletics that is lightweight, heading into majors this year. It didn’t.

The Malaysia Athletics Federation, National Sports Council, Olympic Council of Malaysia and the sports ministry appeared detached from the fact that a national record was broken by Shereen at a premier athletics meet in the US.

Shereen will not feature in the Hanoi SEA Games in May as it clashes with the NCAA outdoor meetings but she should be considered for the Commonwealth Games and Asian Games.

“This is the start of better things to come and I’ll work harder to achieve my dream of breaking the 53-second barrier,” Shereen told FMT after her podium finish on Saturday.

She is in her senior year at Winona State University, Minnesota, studying recreation and tourism on an athletics scholarship.

Under NCAA rules, division I and division II schools can offer scholarships to athletes for playing a sport.

Shereen said she was highly motivated by the support she was getting from her family and at the university where she enrolled in 2019 and initially studied physical education.

“My teammates and coaches are family to me, helping me mentally and physically to enjoy my sport a lot more,” said Shereen who earned NCAA All-America status in 2019 and in 2021 as an indoor and outdoor 400m and 4x400m relay runner.

She said she was thankful for the sacrifices her parents have made to support her dream of being successful in sport and education.

Waihon Liew says middle-income parents should not be left to bear the financial challenges of their children pursuing sport and education abroad.

Malaysia-born Waihon Liew, an educator and life coach in Minnesota, was instrumental in getting Shereen to study and train in the US.

He said: “It takes a dedicated family and love to raise a champion and while Shereen did it with her perseverance, her parents achieved it against tough odds.

Waihon said their struggles demand a rethink of how Malaysia should fund promising talent, instead of having middle-income parents bear the financial challenges.

He said while Shereen’s brilliance did Malaysia proud, the country did little for her in terms of financial assistance.

Her rise as a track athlete is characterised by her journey as a raw talent with Ipoh-based Panthers Athletics Club, from hardship to glory, from anonymity to adulation.

Panthers super coach, K Jayabalan, Samson and Josephine had a hand in guiding Shereen and her sister Jocelyn from gun to tape.

Shereen went on to win the 400m and 4x400m bronze medal at the 2015 SEA Games and was part of the 2017 SEA Games 4x400m relay bronze-medal winning team while Jocelyn grabbed honours as a Perak sprinter.

“As parents, we are glad to see Shereen making steady progress in the US and can only guide her to follow her dreams,” said Josephine, an Olympic Council of Malaysia Hall of Fame inductee and former national elite coach.

“It has not been easy on us as she was only offered 75% scholarship by Winona State University and we had to pay the balance.

“We spend $1,000 monthly for her living expenses but sending her to the US was the best decision we made.

“She has done the country proud and we are excited about so much more that she can achieve,” added Josephine.

Danny Sritharan, patron of Perak Masters Athletic Association and a close friend of the Vallabouys, related a curious occurrence of father and daughter hitting it big at the age of 23.

He said at age 23, Samson destroyed an elite field to set the fastest 800m time of 1:48.29 at the Kuala Lumpur SEA Games in 1989, a mark that remains the oldest record in men’s athletics in the biennial meeting.

Sritharan predicted Shereen will follow in the footsteps of her mother who became a symbol for female athletes to break barriers by representing the country in the 400m and 800m at the 1988 Olympics, 1990 Commonwealth Games, 1986 and 1990 Asian Games and at six SEA Games.

Today, while Shereen is shining in a different country, her parents are on a relentless grassroots mission to produce new stars in athletics.