From Princess Nobody to the Queen of Techno 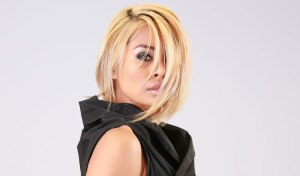 DJ Nakadia may be a big name in Berlin’s electronic music scene today but the 40-year-old has come a long way from a poverty-stricken village in Thailand. Some even said that her life was just like a fairytale – except that she is her own Prince Charming. She speaks to Anith Adilah Othman at Good Times 2, about making it big in a big boy’s world, ahead of her show in Phnom Penh tomorrow.

GT2: What is the story behind DJ Nakadia?

People say my story is just like Cinderella. I was born into a poor family, growing up without electricity or running water. I had to get up early, go to the lake and get water for the family before going to school. When I was a teenager I was a huge fan of Tata Young – Thailand’s biggest popstar and today, she is my good friend. Who would have thought a farmgirl would perform and have fans across the globe? My story is a story of hope – your origin, skin colour or financial background can’t stop you from achieving your dreams.

GT2: How has success and fame changed you?

Not much…all these things are not important in life. What matters is you live your own life and see the world in a positive way, then positive things will happen. I was happy when I had only $1 to live every day. I was happy when I was working double shifts in factories. You don’t have to be a top DJ to be happy

GT2: When did it all start for you? What got you interested in making music as a career?

I landed in Frankfurt on May 1, 2002 after an online friend Sebastian invited me over. He had arranged for a photoshoot for me. At that time, I was still dreaming of becoming a model. That very same night, Sebastian took me to a club in Karlsruhe where the biggest German techno star in the 90s, Marusha, was playing. He introduced me to her so I could experience the behind-the-scenes. This changed my life as I caught the techno fever. That night I realised I was born to DJ. My modelling plans were suddenly off the table as I reached for my first turntables and vinyl records.

Where I grew up there was no electronic music. When I was listening to Backstreet Boys at the age of 16, I thought I was so cool and underground because my friends were listening to Thai pop music. When I went to Europe, that’s when I learned about the different genres of electronic music and it took me six years to really develop my love for techno.

GT2: What goes through your mind when you are manning the deck? And what is the best part about doing what you do?

I always try to be in the club one hour before the start of my set. I want to feel the atmosphere of the room. Then I start to plan my set. If I can reach the point where the dancefloor and I become “one” and the entire room is full of energy, that’s when a night is a great night. The best part of my job is connecting with people everywhere in the world through music.

GT2: Today’s music industry is still heavily dominated by male artists. Has this affected you in any way? And if so, how did you manage to pull through?

For most of my career, the clubs and festivals did not even consider booking a girl. When everybody told me that I had no chance, I kept fighting even harder until they understood that they are better off with me behind the decks. Especially in Thailand, many clubs still rejected me even when I was selling more tickets than any other DJs. It made me smile when I saw these clubs closing down one after the other. Regardless, things are much better today. Female DJs are in high demand everywhere.

GT2: If fans could get one message from your music, what would it be?

Be positive and take my positive energy with you when you leave the club. I’d like to inspire people and make them believe in themselves.

It looks like 2020 will be my busiest year ever. The tours will take me all around the globe several times this year. I will have crazy schedule – Friday in Kuala Lumpur and a few hours later, Saturday in Budapest. By March alone, I would have had played on 4 continents. I am most excited about the 6 EPs that are scheduled to be released this year. One of the tracks is already getting so much attention that it feels like it is going to be the biggest one I ever produced.

Don’t forget to catch her live tomorrow, Feb 1, at the Heineken x CUBIK– x Sound of Berlin: Nakadia show from 9pm till late at Heart of Darkness. The admission is free before 10.30pm and $8 after. The event is sponsored and organised by Heineken, META HOUSE, Phnom Penh Underground & CODE RED Agency.

From Princess Nobody to the Queen of Techno