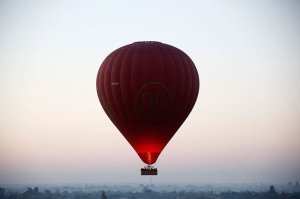 Floating in a balloon above the serene temples of Bagan, you would be forgiven for thinking Myanmar is the perfect tourism destination. But there are challenges to be overcome in terms of tourism infrastructure, accommodation and heritage management if the country it to seek its tourism sector goals.

The overall trend may be on the up. Short-term though, Myanmar may be falling short on its goals.

According to Ministry of Hotel and Tourism’s statistics, 3.1 million tourists visited Myanmar for the first nine months of 2016, dropping by 6 percent compared to the same period in 2015. But the Ministry predicted in March that at least six million tourists would travel to Myanmar in 2016. In 2015, there were 4.68 million tourists visiting Myanmar, slightly below that year’s annual goal of 5 million. 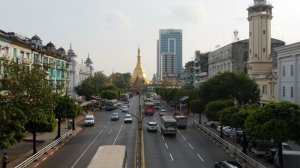 Myanmar may be in a hurry to welcome visitors but one difficulty is diversity of accommodation, particularly options for backpackers, given certain restrictions on properties that can be used as guesthouses.

“I gave up my travelling plan because I can’t afford a hotel room in Inle Lake,” said Oana Maria Ghiorghilas, a backpacker from Spain expecting cheap accommodation. In Inle Lake, the minimum price of hotel per night per room is about 20 dollars.

She thought that it should have different types of hospitality including guesthouses to meet the demands from different tourists. “I can’t find a cheaper guesthouse there,” she added.

In fact, Myanmar government has banned foreign tourists from living in private homes since August 2013.”Actually foreign tourists can live in guesthouses once the guesthouses registered a license from government,” said Dr. Aung Myat Kyaw, having served as chairperson for the Myanmar Marketing Committee for nearly five years. “The government wants to formalize the hospitality market and maintain the service quality with licensing system.”

But the licensing system does not work as well as expected. Compared to the figure for international standard hotels and local medium-size hotels, registered guesthouses are low in number.

“If guesthouses registered officially, they have to pay 25 percent profit tax. Some of guesthouses don’t want to pay that,” Dr. Aung Myat Kyaw said.

Changes to hospitality supply infrastructure, however, has improved since 2011. “There had only four five-star hotels in Yangon five year ago and now tourists can choose hotels, hostels and registered guesthouses,” he added.

One of the enduring legacies of half a century of military regime mismanagement is the poor state of many of the roads in Myanmar and the uncomfortable journeys many have to make when travelling long distance.

“Those who can afford prices of resorts like my father are not willing to take an over 10-hour bus journey,” said tourist visitor Ghiorghilas. “And backpackers like me enjoy a bus journey, but I can’t afford a room in a resort.”

Some remote resorts have beautiful scenery, but the transportations condition there are poor. Many of them only can be reached by rickety buses and trucks.

Upgrading projects for several domestic secondary airports including Heho Airport in Shan State and Nyaung-U in Mandalay Region were proposed in September. “Some of the upgrades are scheduled to be complete by 2018,” the Department of Civil Aviation deputy director general  Ye Htut Aung told media.

Other infrastructure sectors also call for improvement.”It is important for travelers to get access to the internet,” said Yuri Kork, a visiting professor teaching destination management. “They can use Google map when they get lost and can Google information for their travelling.”

The heritages management system in Myanmar is in need of an upgrade, not just to help the tourism industry but also to help with heritage preservation.

Visiting Bagan Archaeological Zone is a “must” for many travelers. Foreign tourists need to pay 20 dollars at the ticket checkpoint to enter this heritage site.

But there is only one ticket checkpoint at the entrance of the site and there are no staff to check for tickets inside the site. “Many tourists detour the check point through other paths to enter the site.They don’t pay the entrance fee,” said Ghiorghilas. “It is unfair for those who have already paid that money.”

Wei Guo, tourist from Singapore thought that income from entrance fees can help Bagan to preserve its heritage. “But it is meaningless if they don’t catch the fare evaders,” he said.

Bagan Archaeological Zone is not yet recognized by UNESCO as a World Heritage Site, although Myanmar began the application process in 1996. Poor management is cited as one of the main reasons, according to UNESCO.

On August 2, Myanmar announced that it would continue the application process at the 2018 meeting of the World Heritage Site Committee. Improvements have been made by the government after the announcement. “I saw the new government has done a lot to preserve temples in Bagan especially after the earthquake in August. The way they preserve architecture is changing,”said Dr. Aung Myat Kyaw, on a positive note.

Improvements are in the works.

“Over the next two years we will compile a full list of cultural sites in Bagan. We will also take people’s suggestions,” Than Zaw Oo, director of the Myanmar branch of the World Heritage Site Committee told media.

Any shortcomings appear to do little to deter tourists keen to view the vast impressive site by balloon. For many, the flight will be the highlight of their visit to a country getting to grips with rolling out the red carpet for foreign visitors.