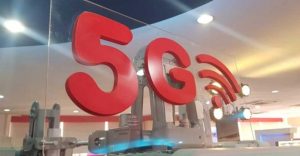 VIENTIANE – Lao Telecommunications (Lao Telecom) has officially launched its 5G network, the first of its kind for Laos.

5G represents the fifth generation technology standard for cellular networks, and is the planned successor to the existing 4G networks.

Lao Telecom said in a statement for the press that many countries around the world have begun to roll out 5G technology, which can better serve society in the fields of e-commerce, artificial intelligence, the Internet of Things, and robotics and is an important technology for industry, agriculture, and medicine.

According to Lao Telecom, the 5G system in Laos would be critical to ensuring integration with the international context, especially the Digital Economy Era 4.0.

The service will be initially be provided in some parts of Vientiane, including parts of Chanthabouly District and near the National University of Laos.

A second phase will then extend the network to major provinces around the country.