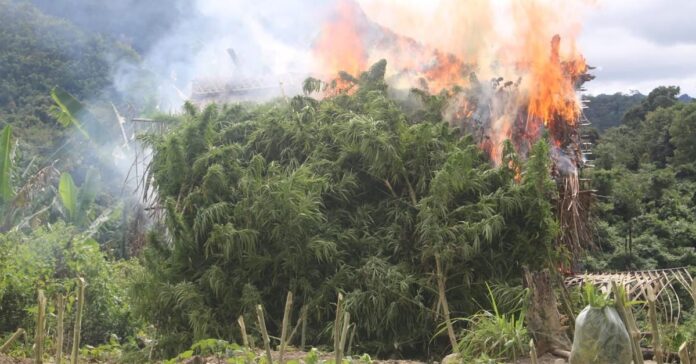 Authorities have destroyed a large marijuana plantation over four hectares in size in  Bolikhamxay Province.

Police and military officers in Bolikhamxay Province destroyed the illegal marijuana plantation in a joint effort on Tuesday, KPL reports.

Authorities investigated a group of eight plantations in Oudomxay Village, Viengthong District, Bolikhamxay Province, where over 4,447 cannabis plants were being cultivated across 4.2 hectares of land.

Police arrested a man believed to be the owner of one of the plantations, but the identities of the proprietors of the other seven plantations remain unknown.

Marijuana and opium poppy cultivation is prohibited in Laos, although the practice remains widespread in northern provinces.