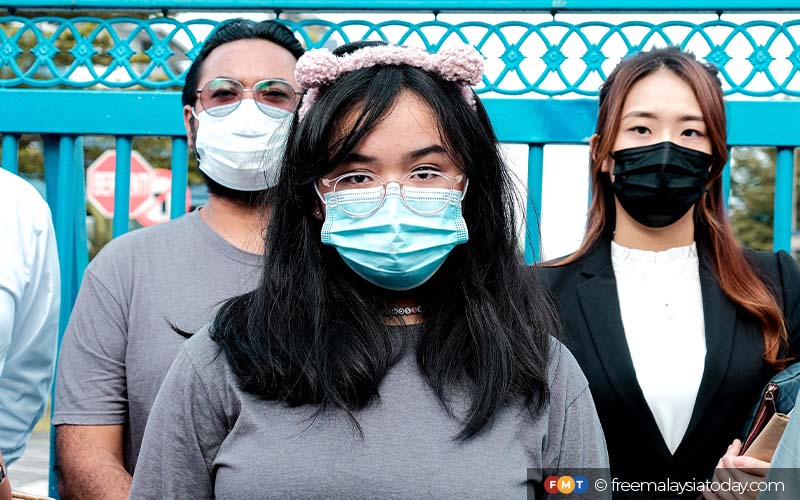 Civil society groups have asked a teacher to retract his letter of demand and apologise to Ain Husniza Saiful Nizam.

PETALING JAYA: After being hit with a RM1 million defamation suit, a teenager whose TikTok video detailing inappropriate rape jokes allegedly made by a teacher went viral in April, is winning support from NGOs, rights groups and individuals.

In a statement, a total of 121 organisations and 68 individuals came together in solidarity and urged the teacher to retract his letter of demand and to issue an apology to Ain Husniza Saiful Nizam.

“We, the following civil society organisations and concerned individuals, are appalled by the letter of demand received by Ain Husniza Saiful Nizam, a student who called out her teacher for apparently making rape jokes in class.

“The teacher has threatened to sue Ain for defamation and has demanded an exorbitant sum of RM1,000,000 as compensation.

“A rape joke is verbal sexual harassment. It not only violates the dignity of women and girls by objectifying them as targets of sexualised violence, but also normalises such violence as part of the status quo.

“Ain’s case is not the first where the law on defamation has been used against women or girls experiencing sexual harassment,” they said in a statement.

“It is utterly reprehensible that a victim speaking up against a sexual violation should be threatened with defamation. Allowing such claims would make a travesty of justice.”

Ain, who was pivotal in getting the #MakeSchoolASaferPlace hashtag to trend on social media, claimed in April that her school’s physical fitness and health education teacher jokingly encouraged his students at SMK Puncak Alam, Selangor, to commit rape.

After news of this went viral, the education ministry said the teacher had been transferred to the state education department.

However, the group said such action was not enough.

They said over the years, they had seen that in cases of sexual misconduct by teachers, they were simply transferred to another school or position without clear disciplinary action being taken against them.

“We therefore call upon the education ministry to disclose the outcome of the internal inquiry into the incident as a matter of great public interest.

“Out of respect for the integrity of the teaching profession, we urge the teacher in question to retract his letter of demand to Ain and to issue an apology accordingly.

“Finally, we call upon the public to support and stand in solidarity behind Ain,” they said.

It was earlier reported that police had received a “No Further Action” notice from the deputy public prosecutor on the case and the teacher involved had made a police report.