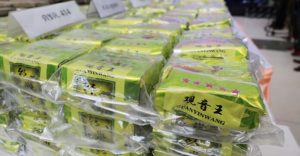 A new report from the United Nations Office on Drugs and Crime (UNODC) confirms that the synthetic drug market in East and Southeast Asia has proven highly resilient to the impact of the COVID-19 pandemic, with production and trafficking surging again in 2020.

The report titled, “Synthetic Drugs in East and Southeast Asia: latest developments and challenges 2021” reveals that methamphetamine seizures increased substantially despite COVID-19. “Organized crime groups have been able to continue the expansion of the regional synthetic drug trade – in particular in the upper Mekong and Shan State of Myanmar – by maintaining a steady supply of chemicals into production areas despite border restrictions that have impacted legitimate cross border trade”, remarked Jeremy
Douglas, UNODC Regional Representative for Southeast Asia and the Pacific.

He added, “While the pandemic has caused the global economy to slow down, criminal syndicates that dominate the region have quickly adapted and capitalized. They have continued to aggressively push supply in a conscious effort to build the market and demand.”

Seizures of methamphetamine in the region amounted to approximately 170 tons of the drug last year, a 19 percent increase over the 142 tons seized in 2019. At the same time, there were notable changes in trafficking routes reported with significant volumes of methamphetamine being trafficked through Lao PDR to Thailand and Viet Nam for both market distribution and transshipment, and an extremely high concentration of supply within the lower Mekong countries of Cambodia, Lao PDR, Myanmar, Thailand and Viet Nam where 71 per cent of the East and Southeast total was seized.

The report also warns that the crystal methamphetamine supply surge has been accompanied by a rise in use connected to record low wholesale and street prices. Thailand has reported a ten-fold increase in the number of crystal methamphetamine users between 2016 and 2019, and price data reported by Cambodia and Malaysia showed decreases from 2019 to 2020. “The drop in the price of methamphetamine in Southeast Asia is a serious problem, clearly showing supply reduction strategies have not worked as intended”, noted Inshik Sim, UNODC Regional Coordinator for the Global SMART Programme.

“At the same time, only very small quantities of controlled precursors are being seized, which can be attributed at least in-part to the use of pre-precursors and non-controlled chemicals. 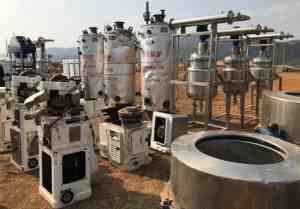 The continuing methamphetamine market expansion is not the only worrying development noted in the report. Other challenges include yet further increases in the production and trafficking of ketamine, and MDMA levels found in some ecstasy tablets which can lead to overdose events with fatal consequences.

The emergence of potentially harmful new psychoactive substances, including synthetic cannabis and designer benzodiazepines, have added to the complexity of the situation.
“Forensics have become more and more important as the synthetic drug markets of East and Southeast Asia have adapted and evolved,” commented Justice Tettey, Chief of the UNODC Laboratory and Scientific Services.

He also noted that “safe disposal of seized drugs and chemicals is a growing challenge that also needs attention – the impact in drug-producing areas is profound.”

UNODC is working closely with countries in East and Southeast Asia through the Global SMART Programme and the Mekong MOU on Drug Control to monitor the drug situation and provide advice on cooperation, detection, precursor chemical control, and public health strategies, and importantly to help countries collaborate together on joint and cross-border operations.