Lawmakers in Thailand Promoting Cannabis as a Cash Crop for Farmers 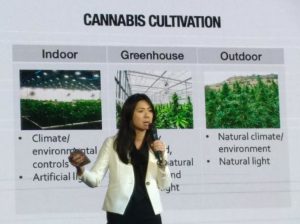 BANGKOK — Lawmakers in Thailand are promoting cannabis as a cash crop for the country’s farmers as another source of income, a senior official said on Sunday.

“Everybody has the right to grow marijuana by partnering up with provincial hospitals for medical use,” deputy government spokeswoman Traisulee Traisoranakul said. She said that those interested would have to also seek approval from authorities.

“So far, 2,500 households and 251 provincial hospitals have grown 15,000 cannabis plants,” she said. “We hope that cannabis and hemp will be a primary cash crop for farmers.”

Others that can seek licenses to grow cannabis include universities, community enterprises, medical professionals and traditional medicine professionals.

Cannabis can also be used in food and beverages at restaurants, as long as it came from an approved producer, Ms Traisulee said, adding that the Medical Marijuana Institute will hold information sessions for investors and the public this month.

The state drug maker, the Government Pharmaceutical Organisation, said it would buy cannabis from approved community enterprises for up to 45,000 baht per kilogram for plants containing 12% cannabidiol (CBD).

Meanwhile, parties interested in producing, selling or owning cannabis and hemp will be able to register to do so from Jan 29 when certain parts of the plant are due to be removed from the Type 5 narcotics list.

Leaves, stalks, stems and roots of the plants will be expunged from the list, Food and Drug Administration (FDA) secretary-general Paisarn Dunkum said on Wednesday. This would not include seeds, including flowers, which have high drug content. And individuals are still not allowed to grow both cannabis and hemp. Mr Paisarn was speaking at a training session organised for state officials who will handle the registration.

From Jan 29, individuals, legal entities, government offices, community enterprises and companies will be able to register to use the legal parts of cannabis and hemp for medical purposes and in textile, pharmaceutical and cosmetics industries, he said.

This is a part of the government’s policy to promote hemp and cannabis as a new cash crop, he said. In Bangkok, registration applications will be received at the office of the FDA while in other provinces, each application will be received and processed by provincial public health offices, he said. However, applications for the import and export of hemp will have to be submitted to the FDA office, he said.