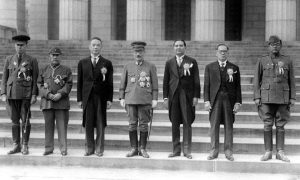 YANGON—The first Greater East Asia Assembly was held in Tokyo, Japan, on Nov. 5-6, 1943. It adopted five fundamental principles of common prosperity among the nations of Greater East Asia, respecting one another’s independence and sovereignty and ending all racial discrimination.

Bose was present only as an observer with participants expressing support for Indian independence.

This unprecedented assembly was the first manifestation of a new spirit stirring in Asia, the spirit of Bandung as it would be called 12 years later when it was reincarnated at the Bandung Conference of Afro-Asian Nations.

“That spirit had its first birth at the Tokyo Assembly in 1943,” wrote Dr. Ba Maw in his book “Breakthrough in Burma.” Dr. Ba Maw was educated in England and France and served as premier during the British colonial period and prime minister during Japanese rule.

After gaining independence, Myanmar took an active part in the Bandung Conference under the leadership of Prime Minister U Nu, who had served as foreign affairs minister in Dr. Ba Maw’s government. The Bandung Conference pushed for unity among nations that had managed to free themselves of the yoke of colonialism.