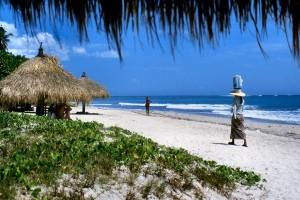 JAKARTA – Coordinating Minister for Human Development and Culture, Muhadjir Effendy, on Wednesday, disproved the statement made by one of Bali’s Representatives Council (DPD) member who somewhat ‘promoting’ safe sex and the use of protection for sexual activities.

Effendy deems ‘free sex’ as immoral behavior that must not be promoted to the public and persists that such behaviors are a deviation against local culture.

“Especially among the millennial generation, the youths. Indonesia’s younger generation must be saved from the negative effects of globalization,” wrote Muhadjir in a statement issued on Wednesday, November 4.

The Coordinating Minister said deep religious moral reflection and instilling moral values can suppress the behavior of free sex. He also called for the main elements of society to collectively reduce this behavior.

“It is the task for us, parents, family members, schools, government, and the teens themselves. This is our collective responsibility,” said Muhadjir.

A survey done by the Indonesian Child Protection Commission (KPAI) and the Health Ministry in October of 2013, found 63 percent of teenagers in Indonesia have had premarital sex with either their partners or commercial sex workers.

A 2017 Indonesia Demography and Health Survey, conducted every 5 years, revealed 2 percent of female teenagers aged 15-24 years old and 8 percent of male teens have had premarital sex.