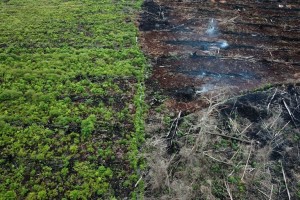 JAKARTA –  Indonesia is expected to receive another grant for its efforts to reduce carbon emissions and deforestation, despite the numerous devastating forest and land fires of the past few years.

The government is set to receive a grant of US$103.8 million from the Green Climate Fund (CGF), after an announcement at the 26th meeting of the fund’s administrators from Aug. 18 to 21.

The grant is to be awarded through the results-based payment scheme of the Reducing Emissions from Deforestation and Forest Degradation (REDD+) initiative based on Indonesia’s claim of having avoided 20.3 million tons of carbon dioxide emissions between 2014 and 2016.

“This is further proof of Indonesia’s commitment to mitigating climate change,” Environment and Forestry Minister Siti Nurbaya Bakar said during a virtual press conference on Thursday.