On This Day – The Day Burma (Now Myanmar) Gen. Aung San Left in Search of an Ally against the British 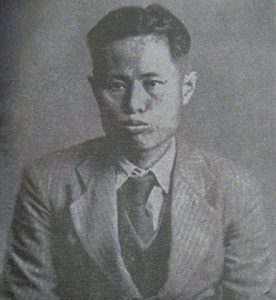 YANGON—Seventy-nine years ago today, General Aung San set off for Amoy, China (also known as Xiamen), taking the first steps in his fight against the British Empire, which had ruled Myanmar for more than 100 years. He and Thakhin Hla Myaing left on the Norwegian ship Hai Lee in search of foreign help to repel the British, who were then embroiled in World War II.

Gen. Aung San, then 26, adopted the Chinese name Tan Luan Shaung, while Thakhin Hla Myaing, then 24, took the name Tan Su Taung. The pair spent two desperate months trying without success to contact the Communist Party of China, but eventually made contact with Colonel Suzuki of the Imperial Japanese Army, leading to the establishment of the Thirty Comrades who would drive the British out of Myanmar over the next year and a half.

As the Thirty Comrades formed the basis of what would become the Burma Independence Army, the Amoy trip can be seen as the start of the journey to establish the modern Myanmar Army—the country’s first army since its last monarch, King Thibaw, was sent into exile in 1885.