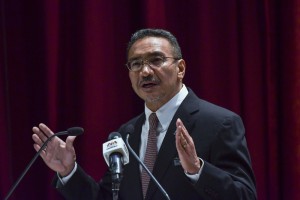 With extensive experience under his belt, Hishammuddin said he would work towards raising Malaysia’s good name at regional and world levels.

“Most importantly, as the Foreign Minister, I have no greater agenda than to fully utilise my experience and good relations with foreign leaders to further strengthen Malaysia’s international relations.

“… not only with regional countries but also with more countries around the world,” he said in a statement today.

He stressed that there was a lot to do in achieving that goal and that it would require the cooperation and support of all parties including Wisma Putra staff and officials as well as media practitioners.

Hishammuddin also expressed his gratitude to all those who congratulated him over the appointment, including those on social media. — Bernama