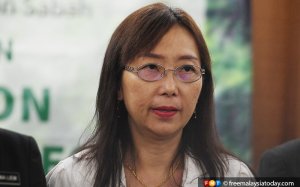 Malaysia Primary Industries Minister is to visit Britain, Spain, the Netherlands and Belgium.

She said that during her week-long visit to Britain, Spain, the Netherlands and Belgium, she would emphasise Malaysia’s stand on the importance of environmental conservation efforts such as forest replanting and wildlife protection.

“I would also state that Malaysian oil palm operators are very concerned about the environment, including wildlife protection,” she told reporters today after a briefing on the Malaysian Sustainable Palm Oil certification in Johor Oil Palm Planting in Taman Kota Jaya, near here.

Kok said she would outline the country’s four new directions, namely limiting oil palm acreage across the country by setting a ceiling of 6.5 million hectares, as well as imposing restrictions on new oil palm cultivation on peatlands.

“The other policies are to ban conversion of permanent forest reserve land for oil palm cultivation or other agricultural activities and, lastly, preparing an official map of oil palm areas for public access,” she said.

She urged private smallholders to obtain MSPO certification. So far just 10.1% of them had done so.

The MSPO certification is an acknowledgment of plantations, smallholdings and palm oil mills abiding by good agricultural practices that comply with environmental conservation efforts.